Learn how raising service dogs is a family business. 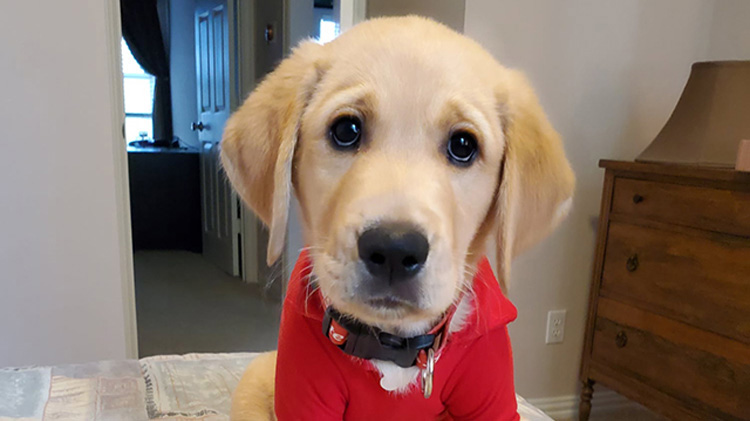 Robin and Tony Bird expect that they will have different reactions when they drop off the future service dog that they’re raising at his professional training school.

Robin, a claims team manager at the Richardson, Texas, State Farm office, says she is treating Tavi, a Labrador-golden retriever mix, “like [a] child who’s going off to college.” But she says that Tony, a State Farm claims section manager, might take the separation harder — “more like a mom sending her kid off to kindergarten for the first time.”

The Birds are serving as puppy raisers for Canine Companions for Independence, a nonprofit organization supported by State Farm that provides service dogs to adults, children and veterans with disabilities. The organization also places facility dogs with professionals working in healthcare, criminal justice and educational settings.

Canine Companions relies on volunteers like the Birds, who raise puppies for a year and a half, covering the expense of their food and medical care and teaching the dogs up to 30 commands. When those 18 months are up, the puppies are returned to Canine Companions for six months of professional training. There they learn the specific skills needed to support people living with any of more than 65 different disabilities, including paralysis, autism and post-traumatic stress disorder.

Baked into this labor of love is an inevitable, bittersweet goodbye when people like the Birds have to bid farewell to an animal that has become a part of their family — but with the knowledge that their puppy will provide love and independence to someone who needs it.

“We’re animal lovers, and we’ve always talked about doing something together to donate our time,” says Robin.

“Our youngest child just started college,” says Tony. “We were empty nesters, and this gave us a new kid. All kinds of things aligned, from us working from home during COVID to us not having kids in the house. The time was right to get back to giving back.”

Courtney Craig, a public relations and marketing coordinator for Canine Companions, says that volunteers like the Birds “build that first foundation of training” for the organization’s service dogs.

“One big thing they do is socialize the puppy,” Craig says. “A service dog is out and about in the world, and they have to be able to stay focused and work in those settings. The volunteers take the puppies to the grocery store, they take them to work if they can. They fall in love with these dogs, and then they give them back to help someone else.”

Volunteers are a major part of the reason, Craig notes, that the organization is able to place the dogs with people who need them for free. Canine Companions estimates that the value of a fully trained service dog is more than $50,000.

The dogs receive different types of training depending on where they will be placed. Some dogs learn skills like tugging open doors, pressing the push plates on automatic doors, carrying groceries, turning lights on and off and lying down across a person’s lap to provide therapeutic pressure.

Reasons to raise a service dog

“The impact is endless,” Craig says. “It means independence for people who maybe didn’t want to or couldn’t go out in public alone before. Or, they don’t have to ask other people for help like they did before because they have the dog to do things for them. We’ve had people tell us that their wheelchair or other mobility equipment feels like it disappears when their service dog is next to them.”

Tony says that Tavi “shows a natural propensity” for learning and providing care, living up to his namesake. State Farm employees voted on the name “Tavi,” which means “good” in Hebrew. “He gravitates to where we are,” Tony says. “When I brush my teeth, he physically leans on my calves. If he were to be placed with a veteran who has PTSD, that would be a way for him to comfort [them]. I feel like he’s going to do well.”

When it’s time to drop Tavi off, the Birds say, they are going to focus on that eventual impact, reminding themselves that Tavi has a greater purpose than being their pet.

“We have met graduate dogs, and the people that they’ve been placed with, and they absolutely need these dogs,” Robin says. “There’s such a need for more puppy raisers. If we inspire one other person to do this, we see that as a success.” 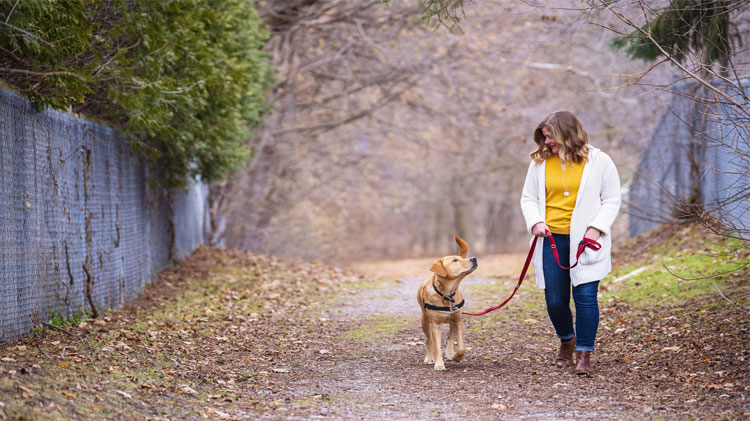 What Kind of Leash/Collar/Harness is Right for My Dog?

If you have a dog in your life, you may be wondering what kind of leash/collar/harness is right for your furry friend. Learn more about the variety of options. 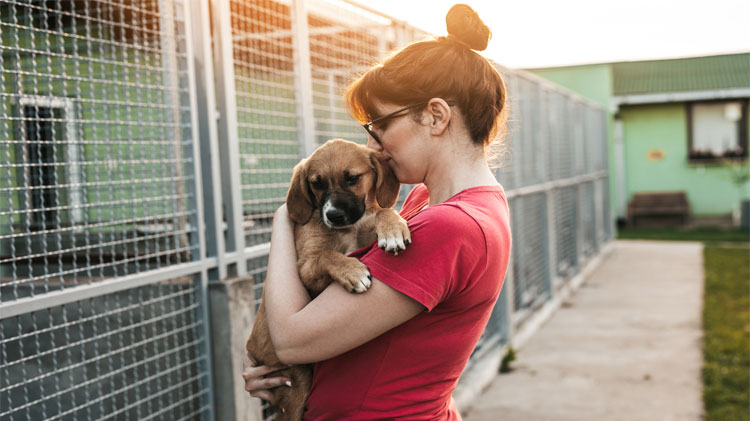 A Guide to Responsible Pet Adoption

If you’re considering bringing home a new pet, you will want to consider these factors before adopting. 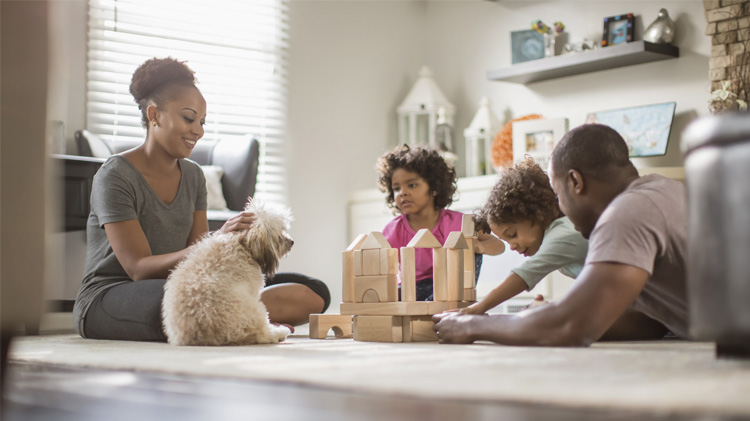 If you take a look around your space, you will likely find household items dangerous for dogs & things toxic to cats. Help protect your pet with these tips. 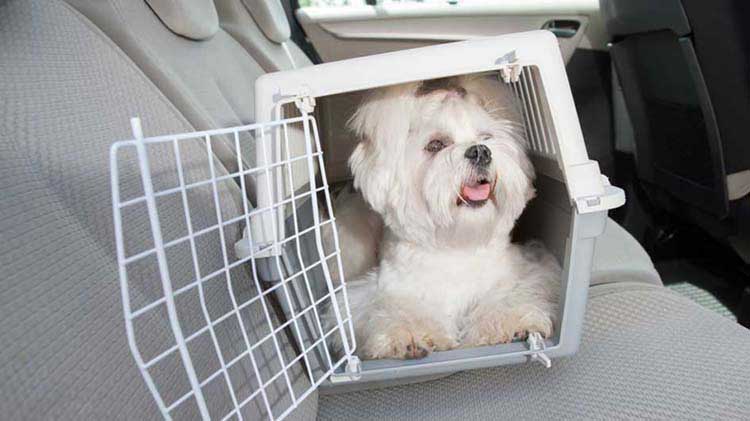 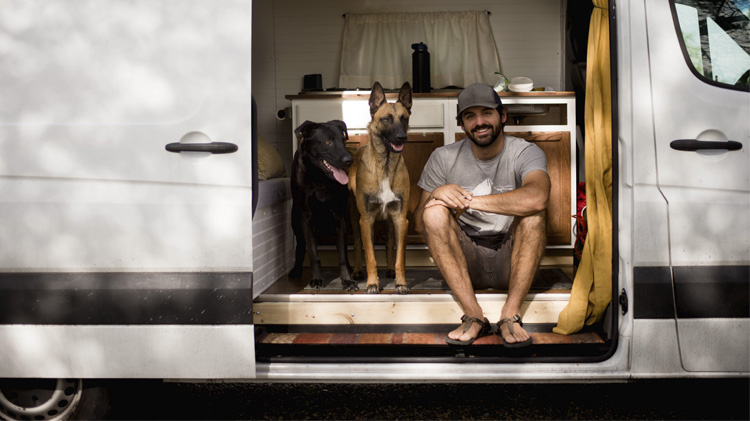 How to Road Trip with Dogs or Cats

Traveling with a dog or cat? With careful planning, you can help your pet have a comfortable experience in the car.